The top 5 belongings to attach AirTags to

Apple's new AirTag has brought personal item tracking to the masses, utilizing an already extensive network of iPhone devices to help keep tabs on frequently lost or stolen items. Although there are literally hundreds of items which you could use AirTag to track, we've come up with a short list of our favorites to provide some AirTag inspiration and maybe even help take a little stress out of your day.

This may seem the most obvious use, but there are multiple ways an AirTag can help you keep track of your keys. AirTag can help you quickly retrace your steps if you happen to leave your keys on the table at a restaurant or track them down if they are stolen while you're not watching. Less obvious but equally as important, attaching an AirTag to your keys can help you locate them between the sofa cushions or in your gym bag at home when you need to leave the house in a hurry.

As much as airlines claim to take great care with your luggage, there's a good chance that sooner or later you'll experience a lost bag during your travels. While you won't be able to track its real-time location in-flight, AirTag can give you a decent idea of where your bag is and therefore how soon you might expect to be reunited with it; whether that be sitting in a luggage room at an airport or in a depot waiting for delivery to you. More cleverly, AirTag can help you locate your bag on a loaded luggage carousel, so you don't spend precious minutes checking every similar bag on the belt, or even get an early warning that someone has mistaken your bag for theirs and headed for the exit. 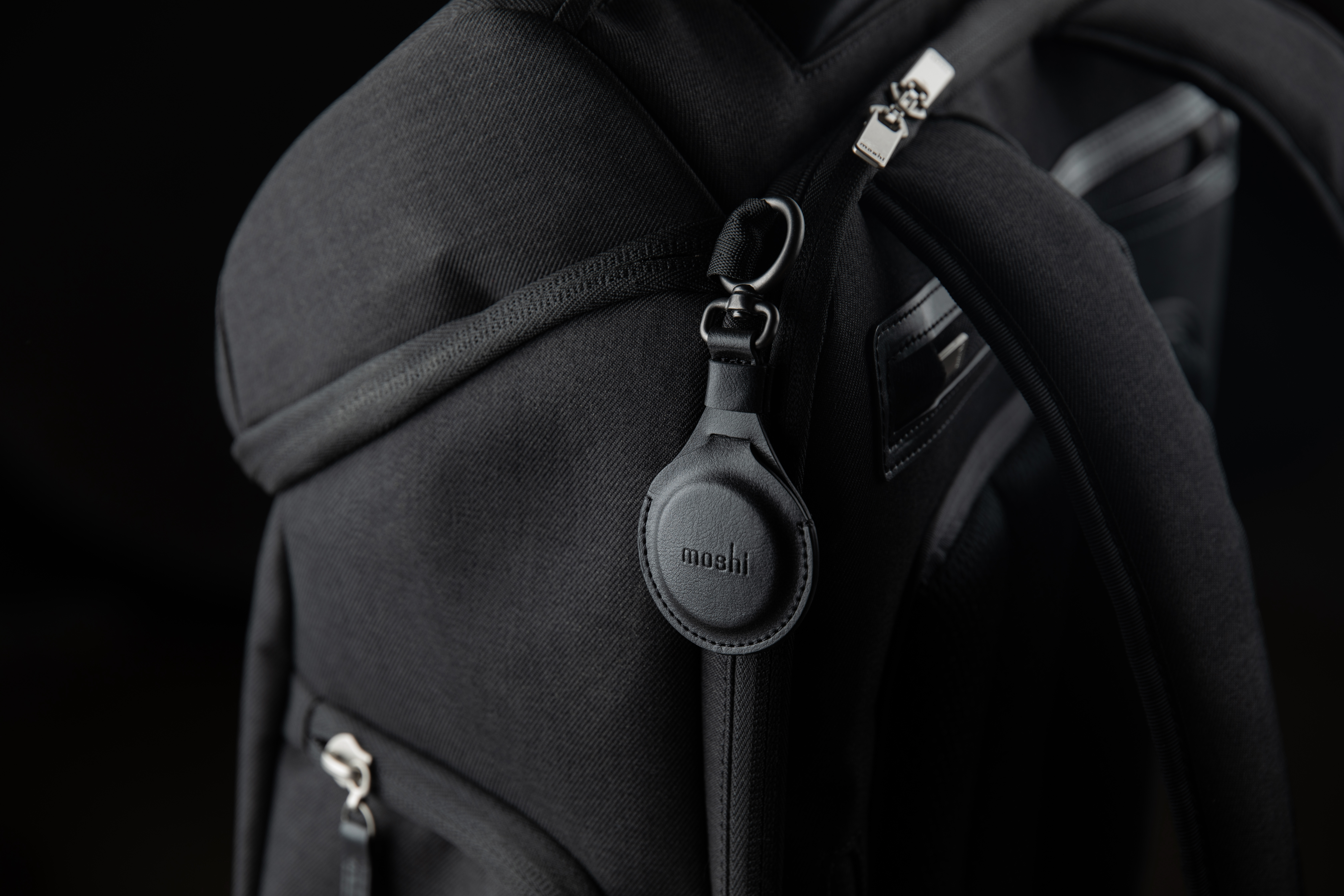 The umbrella is possibly one of the world's most left-behind items. Almost everyone has the experience of arriving at a friend's house, restaurant, or store during a sudden downpour, placing their umbrella in the holder by the door along with countless others, and then leaving without it (or worse, with someone else's) when its no longer raining as they leave. Hooking an AirTag to your favorite umbrella will not only notify you via proximity alert if you start to head down the street without it, but can also give you a quiet reminder that you might be making your way home with one that's not yours.

While this may sound a little extreme, AirTag can in fact make quite a useful temporary locator for a small child in busy areas. Every parent has likely experienced the horror of taking their eyes off a toddler for mere seconds at a mall, station, or on the sidewalk, only to turn around and the child is nowhere to be seen. Although the child may only have moved a matter of meters and is quickly located, the dreaded feeling is one that no parent wishes to experience again. By attaching an AirTag to your child's belt or pocket when you head out, you're giving yourself an extra layer of assurance should the unthinkable happen, allowing you to stay calm and let your iPhone guide you to your stray toddler. You can even use AirTag's separation alerts to let you know when your child has strayed too far from you.

Similar to children, curious and excitable pets are also prone to going missing when outdoors or in crowded areas. An AirTag can easily be hung from a dog or cat's collar to keep a more permanent track of them day-to-day, ensuring that they don't stray too far from where they're supposed to be, or get themselves into trouble. At home, use the precision locator to find a sleeping cat under the bed or in a closet, or ensure that your dog is safely contained in the backyard. When heading out, AirTag can help to quickly locate a dog that's escaped your sight, or allow someone with an iPhone to help reunite you should they find your furry friend and be able to contact you using the AirTag's lost item functionality. 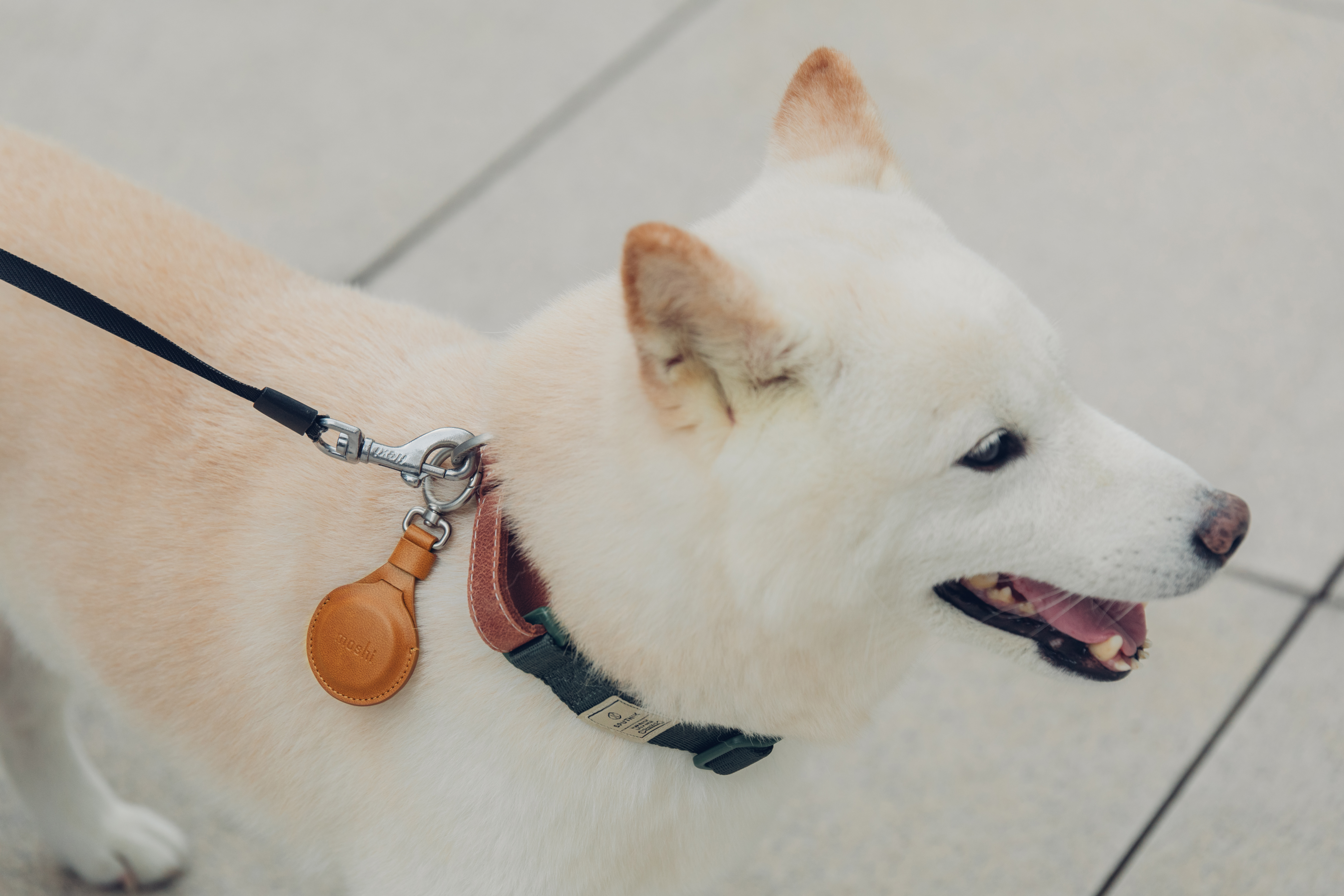 Feeling inspired? These are just a few simple ideas which you're sure to be able to adapt to suit your lifestyle and your routine. The versatility of AirTag can be further enhanced with a fob-style keyring which allows you to hang, hook, or loop it on to many of your belongings. Moshi's upcoming AirTag Key Ring is just the solution, encasing AirTag in a premium vegan leather pouch with a spring clasp for easy attaching. Stay tuned for more information and availability later this month.

Your cart is currently empty.

You have successfully subscribed!
This email has been registered
Close
Newsletter